Well it’s been about a month since my last post and with this being Mental Health Awareness week I thought I should give you an update on how things are with me. In the last week or so my mood has lifted somewhat from the realm of despair I have been stuck in, probably has something to do with the recent spell of sunny weather we’ve been having! I’m still convinced that the problem may be more deeply rooted than that but for now this will do.

“Latte’s may come and go but photos last forever!”

While things were not great I forced myself to complete some image editing I did at my last shoot with @Ukiyoproject. I spent several nights editing with my headphones plugged in and listening to some relaxation music from Tycho which I was really enjoying. I’ll post up a mini album of some of the shots on my Facebook page.

Photography wise I haven’t picked up the camera since “that” convention. I just wasn’t “feeling it” and it did feel like I’d lost my mojo. 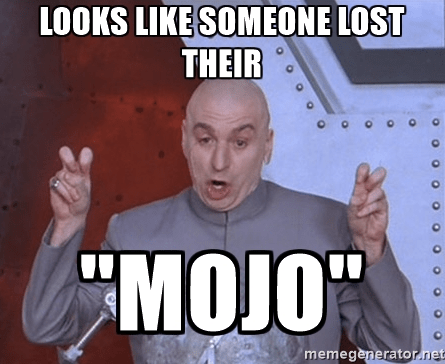 I spent some time reading up on other peoples experiences on this and what things they tried to recover from a slump/burnout. I’ll be honest in that for a while I was seriously considering selling up all my gear and calling it a day, and I had been wrestling with these thoughts for a while but the thing is that I still love photography! I just need to find a way to get energised about it again… Sadly at present “Real Life™” is currently getting in the way with my car being out of action and trying to save up some serious cash to help with my eldest going off to University a year later than originally planned but that’s another story! I was planning on going to Oldham Comic Con 2 but unfortunately the car had to take priority. It’s still not fixed so I’ll be under the bonnet again this weekend cursing German “engineering”.

Because of the current situation I’ve had to drastically cut my convention schedule back because it is so expensive and with little in the way of donations through Ko.fi it’s hard to justify going to conventions when all you get is a “like” or a “sick pic bro lol” comment on an album of pictures you’ve worked on for several long evenings.

Which brings me to something that’s been bugging me for a while now. Recently there has been a number of Facebook posts circulating on how to support people without buying anything. Now while giving a “like” may give you a warm misplaced fuzzy feeling, you’re not actually doing anything that has any tangible benefit for that person e.g. paying for travel, tickets, food etc. I can appreciate if you donated to every photographer who took your picture at an event you would be broke, but spare a thought to the fact that you are getting a picture that is better than any smartphone can take using gear that costs more than you could afford for free. My personal view on free photographs are that they are not “free”, there is a cost involved which the photographer has to carry on their own. You wouldn’t hesitate to spent £3 on a posh coffee at Costa or Starbucks but baulk at paying the same for a picture. Just think of it like this… “Latte’s may come and go but photos last forever!”